As he went along, he saw a man blind from birth. His disciples asked him, “Rabbi, who sinned, this man or his parents, that he was born blind?’ “Neither this man, nor his parents sinned,” said Jesus, “but this happened so that the works of God might be displayed in him…” John 9:1

A story comes out in the news about a teenager killed in a car wreck at 2 a.m. The first questions I hear and/or read are “Was he drunk?” “Surely he was out partying. Why else would he be out in the middle of the night?” “How fast was he going?”

A woman is just diagnosed with lung cancer and the first question I hear is “Did she smoke?”

A man is on the side of the road with a sign. There are many people who will immediately ask, “What did he do to get to where he is?” before they will even consider helping him. I have to admit I’ve asked the same question.

So many times, we as a society feel the need to determine if a bad situation in someone else’s life is justified before we allow ourselves to feel compassion. We want to know, “Is there a sin that caused this?” and if so, we excuse ourselves from feeling compassion or being there to help them.

This is what the disciples did when Jesus came across a man who was blind and had been blind since he was born. Their first question was not asked from a stance of compassion but from a critical spirit. They seemed to be saying, “It doesn’t matter that he is blind, not if he deserves it.” Jesus quickly put them in their place when He tells them there is no sin that caused it. What He did say puts every tragedy and hard thing I’ve ever experienced into place. “This happened so that the works of God might be displayed in him.”

Notice the word “works.” It is plural, meaning this one miracle was not the only display of God’s hand in his life that others would see. It means that this miracle was only the beginning of how God was going to work in and through this man’s life.

So why is it that we have to decide if someone experiencing a hard time deserves it or not before we show them compassion? Does it somehow let us off the hook if we can reason that they deserve to be in this situation?

I would love to see the church welcome ALL people in ANY situation, whether we believe they deserve it or not, and at the very minimum give them our time and prayers as they search for God, meaning, and a way out of the depth of sorrow they are in. We should respond first with compassion and then later, if needed and in the spirit of love, ask the questions needed to help someone not end up in the same situation again.

We have an opportunity to minister as Jesus did, not turning away anyone who earnestly was seeking Him and even pursuing those who did not yet know who He was. Personally, I would rather err on the side of compassion with the chance of them taking advantage of the situation then to miss an opportunity to introduce someone who is authentically hurting to Jesus through my kindness and compassion.

Sometimes, there is no reason for the storm other than Jesus be glorified through it, but even if there is a reason, let compassion be your first response. 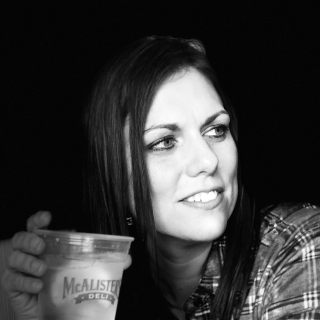